Writer and comic book creator Gabe Cheng has launched another Kickstarter campaign for chapter three and his highly received ‘For Molly’ graphic novel series with art by Benjamin Swayer.

According to the press release,

FOR MOLLY is a modern fantasy comic about an anti-social talking dog named Molly that lives alone in the New Jersey forest. She helps a recently divorced outsider named Greg rescue his sister from a hidden evil. Check out all three chapters on Kickstarter now (http://kck.st/2XW9aDs) available in digital and print. The campaign also includes rewards featuring artwork by Benjamin Sawyer, Linda Chung, and Isabella Cheng.
Written by Gabe Cheng with art by Benjamin Sawyer, FOR MOLLY is an action-packed adventure with feral gangs of talking dogs, rogue cops wielding swords, and dangerous human cultists living off-the-grid in the forest. And at the center are two characters that start out butting heads, but soon realize they need each other in more ways than one. Greg and Molly form a bond that only dogs and humans can, but in this case the dog can talk.
Cheng left a successful career as a high school teacher and moved to Los Angeles to pursue his passion for writing and working in entertainment. He hosts a biweekly Futurama fan podcast called Another Lousy Millennium (https://www.almpod.com/) and writes comic book reviews for Fanbase Press (http://fanbasepress.com/index.php/hidden-menu-item/itemlist/user/32122-gabechengfanbasepresscontributor). In FOR MOLLY, he draws from personal experiences to tell a story about friendship, abandonment, and the things in our lives that are worth fighting for. 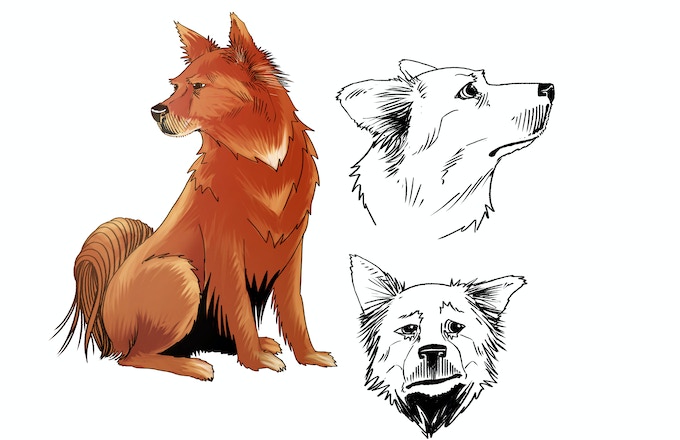 As I said in my review of Chapter One, I had the pleasure of meeting Gabe Cheng at Comic Con Revolution 2019. He described this story as a modern fantasy and provided me with a copy to read. He did not exaggerate. This is an emotional, thrilling, engaging, and fantastic story about an unlikely friendship. The artwork by Sawyer perfectly compliments the style and tone of the comic book.

What do you think? Let me know in the comments below. Tell me if there is a comic book, movie, or novel you would like me to review. While you are at it, check out my Top 10 costumes for Jason Todd and Tim Drake. Don’t forget to like, share, and subscribe for more posts like this one.

One thought on “‘For Molly’ Chapter 3 Kickstarter Launches!”