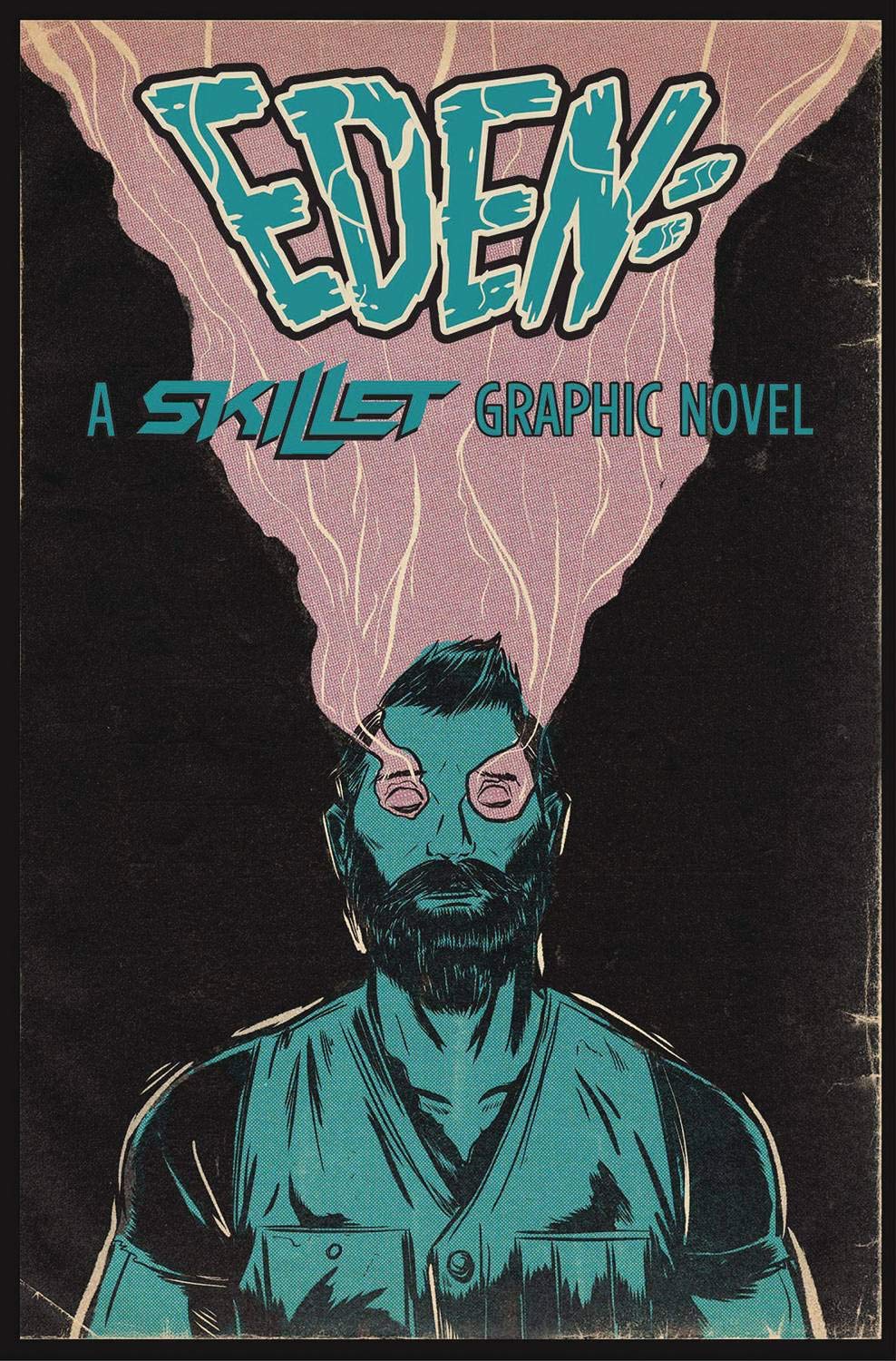 Who knew that a Christian rock band like Skillet could produce a comic book? ‘Eden: A Skillet Graphic Novel‘ is written by band frontrunner John Cooper and member Random Shock with art by Chris Hunt.

In a dystopian future, the world is overrun by beasts who have come from the ground. As a result, humans live in isolated communities. John and Korey live with their family in one such village called Coltonville. Both them and their two children’s eyes have turned a strange violet color that is starting to make their neighbors suspicious. However, a strange cult arrives in Coltonville whose members have similar-colored eyes. This cult wants John and Korey to come with them and deduce that the couple is having nightmares about a purple door. When the couple refuses to come with them, the cult steals the town’s power source and leave, forcing John and Korey to chase after them before Coltonville is overrun by creatures.

I really thought the artistry by Chris Hunt is impressive. He does an excellent job of bringing the story to life with his illustration. Colorists Fred Streasing and Meg Casey bring out the character and background designs, fleshing them to their fullest, especially the horrifying beasts.

I also really enjoyed the story. It has a blend of science fiction, dystopian, and even paranormal bits when it comes to genre. This made the story seem unique. Another thing I enjoyed was that a husband and wife team were the protagonists. Normally, it is one or the other or several others with the team, but the husband and wife working together to save their neighbors were excellent. I will say, I did find the climax a bit underwhelming, but I still found the plot overall enthralling.

What do you think? Let me know in the comments below. Tell me if there is a comic book, movie, or novel you would like me to review. While you are at it, check out my graphic novel reviews of Doug TenNapel’s Creature Tech and Timothy Lim’s Kamen America Volume 1: Stars And Stripes. Don’t forget to like, share, and subscribe for more posts like this one.