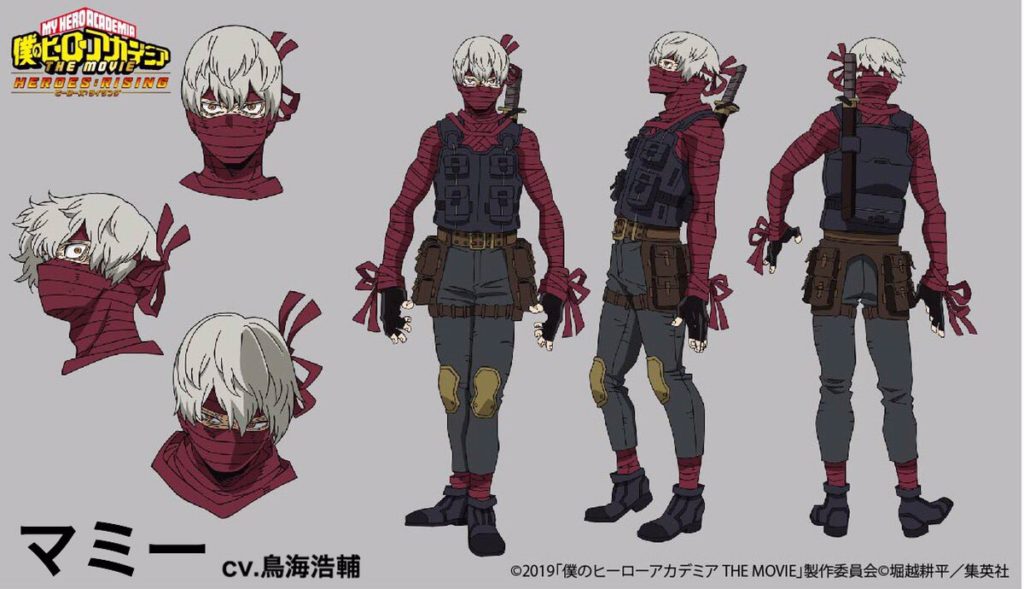 Ahead of Toho and Bones Studios releasing ‘Boku no Hīrō Akademia Za Mūb’ also known in English as the film sequel My Hero Academia: Heroes: Rising, it was announced that the movie would introduce two new villains.

According to a press release from Funimation,

“A pair of brand new villains have been revealed for My Hero Academia: Heroes Rising, with just about a month to go until the film’s Japanese theatrical release.” They continue, “Mummy, who looks quite creepy covered in red bandages, will be played by Kousuke Toriumi (Naruto, Bleach, JoJo’s Bizarre Adventure), while the wolf-like Chimera will be played by Shunsuke Takeuchi (ASTRA LOST IN SPACE, Mob Psycho 100, Bungo Stray Dogs).”

These designs are pretty epic and shows that the anime is going to new heights. With the series continuing and this new movie, it is clear that Toho and Bones Studio wants to continue to bring their A-game for this series.

According to Funimation, “My Hero Academia: Heroes Rising hits theaters in Japan on December 20. A Western release has not been announced.”

Hopefully, we will get a dubbed version sooner rather than later.

What do you think? Let me know in the comments below. Tell me if there is a comic book, movie, or novel you would like me to review. While you are at it, check out my movie reviews of Tell Me Who I Am and My Hero Academia: Two Heroes. Don’t forget to like, share, and subscribe for more posts like this one.